Pay-per-mile road tax - What is it and will it be introduced? 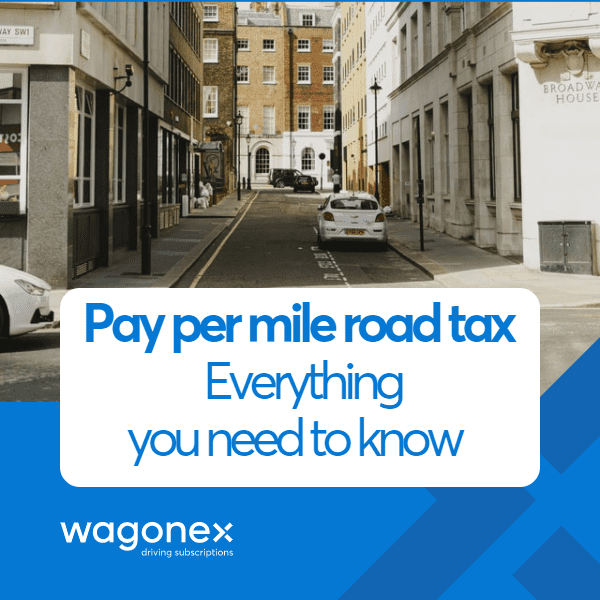 Within the next few years, the government is likely to introduce pay per mile road tax charges for car drivers and this article will tell you everything you need to know about them, from how much it will cost to why it's being introduced.

The new scheme is currently being examined, alongside other potential ideas, by a cross-party committee called the Transport Select Committee. So, rest assured that no tax changes will come into effect immediately.

If you aren't sure what these potential changes mean for you, this article will tell you everything you need to know about them.

How does a pay per mile road tax work?

The idea of a pay per mile road scheme is that all drivers will pay a certain amount based on how many miles they drive. In simple terms, those who drive more will pay more in road tax. However, there will need to be considerations for those who have to drive for their job, like carers or surveyors, as well as for those who drive infrequently, or who live in very remote areas.

For example, it could be set up so that there is a tax-free mileage limit, over which any additional miles driven incur tax. Collecting accurate data on this is one of the more significant challenges faced in implementing the new tax.

One proposal is that drivers could self-report their total annual mileage, though this could lead to fraud. The data could also be collected through telematics technology, such as black boxes similar to those used by car insurance providers. Other methods could include installing smart mileage meters in cars, or analysing the data from drivers’ phones.

Huw Merriman, Chairman of the Transport Select Committee, has also recommended that the tax be implemented via a national scheme. 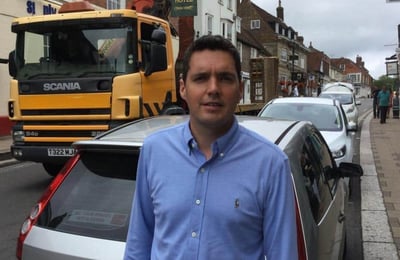 Huw feels this would “avoid a confusing and potentially unfair and contradictory patchwork of local schemes.”

This is in response to a growing number of local congestion charge areas and clean air zones that result in charges for drivers in those areas.

The idea behind pay per mile road tax is to replace the current Vehicle Excise Duty and fuel duty schemes, which bring in roughly £35 billion for the UK economy. They need replacing because in 2030, all new cars sold in the UK will have to be electric vehicles.

However, electric vehicles are not subject to VED, and don’t run on fuel, meaning no fuel duty either. So, over time, the amount of road tax and fuel duty paid will fall to nothing by the time the UK reaches its net zero emissions goals in 2050.

The Transport Select Committee believes that the reduction to zero will occur by 2040 as the second-hand car market shrinks in favour of electric vehicles and public transport.

So, there needs to be a replacement. Hence the TSC’s recommendation of pay per mile road tax. Because all drivers would be included in the scheme, it means that prospective EV owners will no longer enjoy not having to pay VED or fuel duty. However, it does make the road tax situation fairer for all drivers.

The new scheme is also intended to reflect the environmental impact of your vehicle. This means electric vehicle owners will likely enjoy lower tax rates than petrol car owners, even if they no longer get a tax-free driving experience.

The scheme wants to change behaviour of current drivers into buying electric vehicles, driving less frequently, as well as using public transport, walking, or cycling more often. This should not only ease congestion, but also reduce the carbon footprint of car ownership as the 2050 deadline of net zero emissions looms.

Will it end up costing you more?

Fortunately, one key aim of the discussions around the pay per mile scheme is to ensure drivers are not overtaxed. As of April 1st this year, Vehicle Excise Duty has gone up, so the pressure is on to make sure any new tax scheme doesn’t add to the financial burdens drivers currently face.

The Transport Select Committee wants the government to ensure that the pay per mile scheme is set up such that the tax burden on drivers doesn’t increase in the new scheme. Otherwise, it might prove too unpopular to implement. So, ideally, you won’t be paying any more in tax than you are now.

The calculations for the various rates still need to be worked out – and campaigners in support of the pay per mile scheme suggest that a fresh committee be set up in support of this.

When will it come into effect?

The Transport Select Committee has suggested to the government that a new road tax scheme be developed by the end of 2022. They also feel it should be drawn up, with all the relevant rates worked out, by a new group separate to the Department of Transport and the UK Treasury.

However, actually implementing the tax changes will take longer than that. It will take time for all the paperwork to be sorted and for the tax changes to become law. There is also a need for the proper development of technology and software to record the mileage data that will be used to calculate how much tax a given driver will owe.

Wagonex will always keep you in the know!