Electric Car Battery Swapping and Recycling from Nio and Tesla 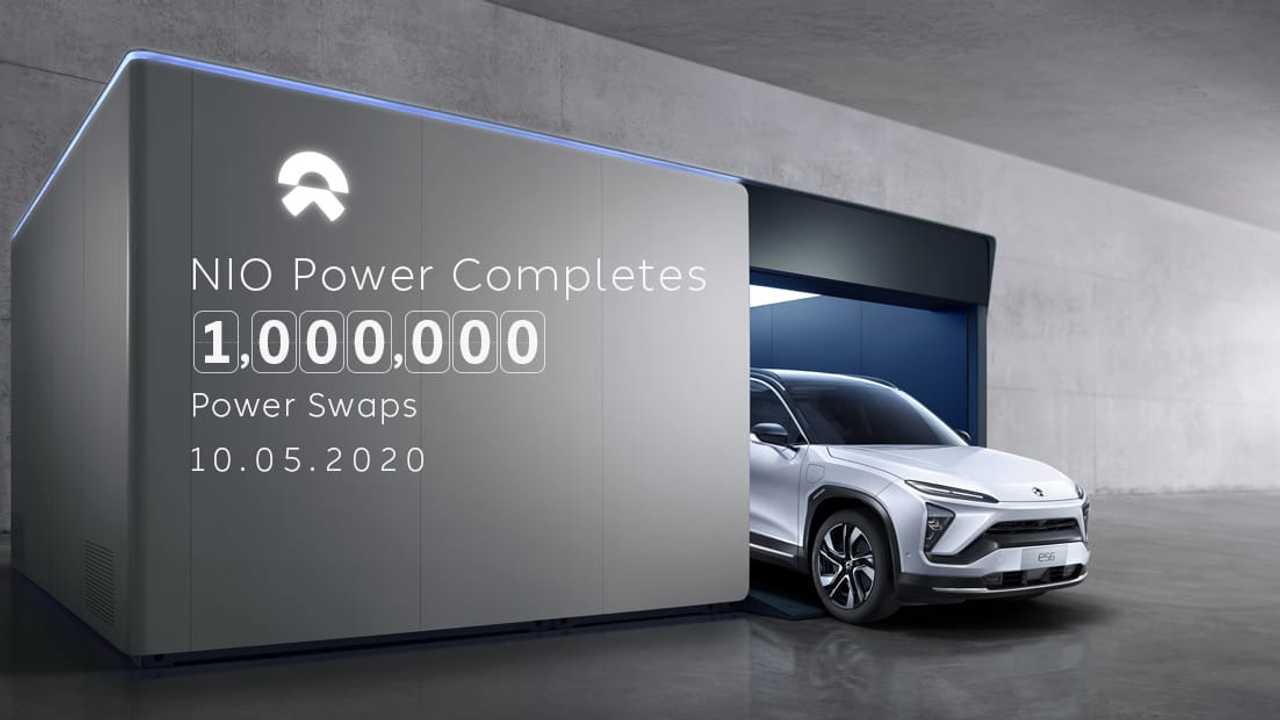 Electric Cars are still innovating, and every day there’s more amazing things you can do to extend battery life and be softer on the environment. So what’s the newest gizmo? EV battery swapping, recycling and disposal!

This guide will do the heavy lifting for you, so put your feet up and let’s get learning!

What is EV battery swapping and which car companies are doing it?

Battery swapping is an alternative to charging that will attempt to cut the waiting times from half anhour to around 5 minutes by replacing your battery in a battery swapping station.

With range and charging increasingly becoming a hot topic with the growth of EVs, it will be used more and more as it gives you the option to drive an older EV with new and up to date batteries as well providing today’s EVs a more flexible way to charge with the ability to store 2 or batteries that you can charge when you’re using the current battery.

Let’s say the year 2030, and ICE cars have stopped being produced, and the potential of more stringent taxes in place to smash the CO2 curve closer to Net Zero.

Billions of people around the world will enter the EV market with more familiarity of EVs and how to use them but they won’t be using the newest EVs, they’re most likely to be buying used cars that are cheaper, but the batteries could be slower to charge and harder to get the full range from them.

This is where battery swapping comes in. Imagine you could drive any old EV, and simply swap the battery every time you needed to charge it?

Basically making every electric car reusable because you won’t need a rapid charger or a super strong battery if you can swap it easier than you would at a petrol pump. Now that would be amazing, and that’s what makes Nio such a great story to cover.

How much will battery swapping cost?

Nio currently has one operating swap station in Norway, so we can use that as our best estimate, but you can assume current prices will go down as Nio scales throughout Europe. Here’s how it would cost:

These findings come from Driving Electric:

“The basic subscription includes two full battery swaps or up to 200kWh of rapid charging per month, and anything over this costs extra; in Europe, NIO charges €0.20/kWh, plus a €10 flat fee for using the swap station.

In theory, then, the maximum cost for a 100kWh battery swap stands at €30 – roughly half of what you’d expect to pay at a conventional rapid charger.”

How good is that? You get 100% charge for almost half the price, without waiting like a plum at a charging station!

What is a Nio Battery Swap Station?

Nio is an EV manufacturer, and has been known as one of Tesla’s longest standing rivals, achieving 65,000 sales in 2021 although they are still a way off of Tesla’s 911,000, but Tesla has achieved worldwide scale already.

You can see Nio’s cars in action in this video:

Nio’s growth plans are really ramping with 836 swap stations already in China, and with plans for 1300 globally, Norway already has one but they plan to build up to 20 there and expansion plans in Germany will be Nio’s first taste of a big European market.

Once this has been achieved you can certainly expect Britain to be one of the next on their hit list,and it’s hard not to find that exciting.

Nio has also been in talks with major OEMs to license their battery swap technology, doing something similar to what Tesla has done by opening up its supercharger network to all EVs in the UK. Its latest deal saw them sign with Shell to enter Europe.

It looks like Nio will be an established world wide brand in the next few years, but maybe not for their cars?

Are there any Nio battery swap stations in the UK? 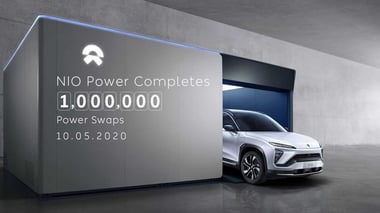 Currently the only option in Europe is Norway’s capital Oslo but their partnership with Shell, will almost certainly mean you’ll be hearing a lot more in 2023.

It doesn’t look like it. Tesla piloted a scheme back in 2014, but quickly shut off the programme after 2 years. They felt that their supercharger network was more successful and was more in demand at that point, it’s hard to know if they will bring this back.

“The company believes electric vehicle charging is the best way to power its vehicles, and that battery swapping is riddled with problems and not suitable for wide scale use.”

Time will tell who's right on this one. Will Nio's battery swap stations be the final form of Electric Car Charging? Or will it be Tesla's Supercharger network? 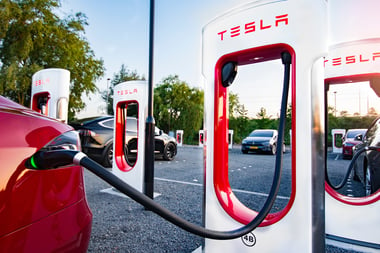 Now, you’ve got a taste of what’s to come. We’ll move on to electric car battery recycling and disposal.

There’s about to be a huge wave of pollution if there isn’t a viable solution to how to dispose of electric car batteries. Millions of EVs have been sold just this year, and with a reported 5% of batteries actually being recycled, it’s still a major concern, but one that can certainly be fixed.

So what can be done if your battery can’t be used? The best option is to recycle your batteries.

How does EV battery recycling work and how can you do it?

Essentially, the parts of the battery that are still functioning to some degree will be used again on smaller mobility objects, like forklifts and other machinery but if there’s nothing left of the existing battery they will be ground into a fine powder where they will be extracted of rare earth minerals like lithium and cobalt.

It’s still cheaper to mine these materials but investment in recycling could ease some pressure on harmful mining production that is CO2 extensive and uses workers in poor working conditions.

If you want to recycle your EV battery you can search for your local recycling plant, just search ‘EV battery recycling near me,” and you should find one nearby.

Can EV batteries be reused?

EV batteries even when they are ‘dead, still have vital parts which can be used on any type of machinery, an example of this is Audi’s Ingolstadt factory, where they are reusing parts to be repurposed for factory fork lifts. Other examples of reusable batteries are:

We all know from the frustration with our phones that batteries can deplete very quickly, but electric car batteries are about 100 times bigger, and more powerful so they do last longer. You can expect your battery to last up to 10 years! The warranties on EVs are actually longer than on petrol cars, with some being 7 years with unlimited mileage.

There’s a few startups looking to crack this problem, the most notable ones included Veolia, a French waste management company who have just built their first plant in the east midlands. Another is Glencore and its partnership with the start up, Britshvolt.

From the outlook, it seems that there aren't many companies starting in this space, and the players that are haven’t reached scale in the UK, but you can still recycle at your usual recycling plant and await the new-comers in the market from established brands like Tesla.

What about Tesla battery recycling? 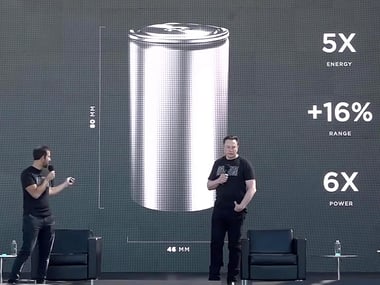 Yes, you can recycle Tesla batteries. As you’d from a brand at the forefront of making the world more sustainable. You have two options if you want to dispose or reuse your battery, either recycle the battery if it’s dead, then Tesla will use all the parts of the cell that are still usable and re-use it or service your battery if it’s still got some life in it, regardless of your warranty, but they will replace your battery if it is still in warranty.

Tesla has stated that their batteries are recyclable up to 92%! There's another plus if you’re a Tesla owner!

Thanks for reading this guide on battery swapping and recycling, the future looks cloudy but give it a few years and there will be green skies on our way to Net Zero.

Who is Wagonex and what do we do?

It's the best way to get your hands behind a Tesla or another electric vehicle. With car subscriptions, you decide how long you drive your car and with only a small refundable deposit, you can enjoy driving without expensive upfront fees.

If you want to learn more about Electric cars, we have a deep dive in our Essential Electric Car Guide!